Paths to the Stars

From Edward Willett, Aurora Award-winning author of Marseguro, The Cityborn, and Worldshaper (DAW Books), among many others, comes twenty-two tales of fantasy, science fiction, and horror, drawn from a long career of telling fantastic tales.

From the far future and the farthest reaches of space to the Canadian prairie, from our world to worlds that have never existed to world’s that might some day, rich realms of imagination and the fascinating characters and creatures that populate them await within these stories, some previously published, some seeing print for the first time.

“I’ve enjoyed every novel of (Willett’s) that I’ve consumed and hoped that his latest work would reach the same high bar. It didn’t – it hurdled right over that bar and left it hanging…Willett’s powerful writing style shines in this story collection…This book hits all the checkmarks for what I feel are the hallmarks of a science fiction work: imaginative, fantastical, and mind-bending. If this work was a meal instead of a book, it would deserve a Michelin star.” – Toby A. Welch, SaskBooks Reviews

“This fascinating collection of science fiction short stories spans the writing career of this very prolific writer. The author has a powerful imagination and transports readers to places and situations never before imagined: from music and theatre on far away planets, to unusual crops causing convern in the  prairies, to times far in the future with all kinds of fascinating creatures. The realm of possibility is endless in this author’s vivid imagination.” – Saskatchewan Book Awards (City of Regina Book Award) jurors Bruce Hunter, Betty Jane Hegerat, and Emily-Jane Hills Orford

“Paths to the Stars is a well-written collection of science fiction. They are rich with imagination, and stimulate the reader’s interest in space and other worlds beyond our own small planet.” – Saskatchewan Book Award (Muslims for Peace and Justice Fiction Award) jurors Rona Altrows, Dora Dueck, and Zoe S. Roy 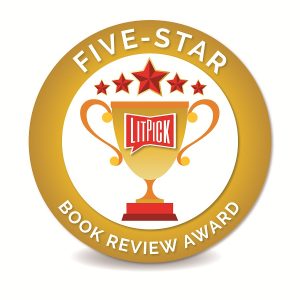 “I was happily surprised by Paths to the Stars. I don’t normally read short stories and was very wary of trying this book. However, I’m glad I gave it a chance. I loved how pretty much every story in Paths to the Stars was intriguing, quick, and rarely boring. I loved how the plot moved so elegantly fast and how the characters were so different from those in a regular story…The author’s writing is absolutely beautiful…The words just flowed off the page. It was an absolute delight to read. Overall, Paths to the Stars is an elegant, beautiful collection of short stories. I recommend it for anyone ages 12+.” – Jesus Freak (student reviewer), LitPick

“Many students get their start as serious readers of science fiction and fantasy (SFF) in junior high or early senior high. Often they read the classics in the genre without ever realizing that SFF authors are alive and producing right here in Canada. Paths to the Stars offers readers a sly and good-humoured introduction to the work of Saskatchewan-based, award-winning writer Edward Willett…With their compression and light literary touches, these stories may nudge readers into reading more short fiction in SFF – and what a bounty is available today! They may also be a sneaky way to encourage less avid readers to explore the structure and features of literary short stories in a more palatable and accessible form. Paths to the Stars should have broad appeal and would make an excellent addition to a classroom library and a fine recommendation from a trusted reader. I really enjoyed this book.” – Leslie Vermeer, Resource Links

“I enjoyed this collection, and if I had to give a one-word description, I’d say “reminiscent.” Reminiscent of what? Well, back when I was reading my first SF, I enjoyed the novels, like Heinlein, Asimov, and so on, but my first love was a good short story collection, each story being written by a different author…almost all seminal stories of science fiction and fantasy, and much that came after was a pale shadow. I say that Ed Willett’s little collection of 22 stories is not an imitation, nor are these stories old-fashioned—well, some are a bit old-fashioned in style, but that’s homage, I think, to, the stories Ed liked while he was learning to be a writer. But they remind me—not the least in variety—of those great collections of long ago.” – Steve Fahnestalk, Amazing Stories

“From exploding fruits and vegetables to a shrine on the moon, dedicated to the memory of a devastated Earth, these stories will not disappoint. If you’re a fantasy and science fiction fan like I am, you’re sure to enjoy this rollercoaster of stories every bit as much as I did. I can sum my thoughts up in two words: ‘READ THEM!’” – Lorne McMillan, Author of Isaac’s Blood

“These stories take completely fantastical concepts and pack them into a neatly accessible format which makes them enormously entertaining. Willett’s sense of humor in many of the stories is perfectly offset with his use of mystery and drama in others. There is a short story in this collection for every reader. I was never a sci-fi fan before, but I certainly am now!…Also, musical theatre worshipping aliens.” – A reviewer on Amazon.ca

There are no reviews yet.

Be the first to review “Paths to the Stars” Cancel reply